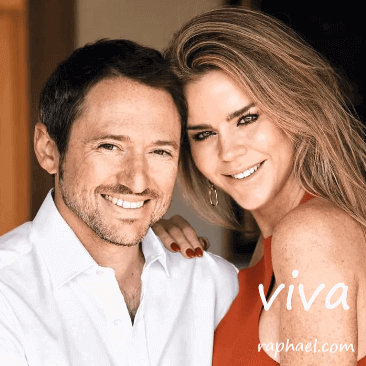 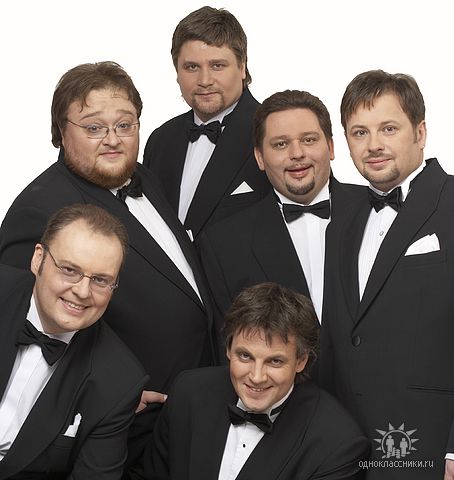 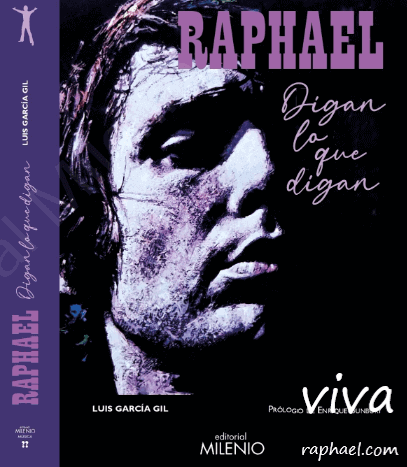 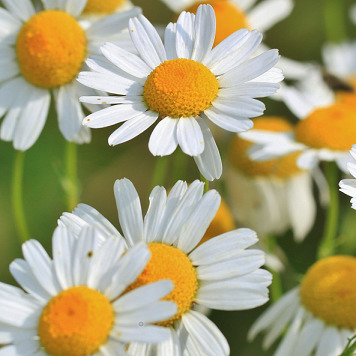 Raphael Speaks about His Music. 2013

In November 2013, the artist gave an exclusive interview to Zaikai Niigata. We are convinced that our readers too will be very impressed by the words of Raphael - a person whose whole life is devoted to music. You will also see how deep his feelings towards Japan are. It gives us hope that the day will come when we see him performing in Niigata. THE MOST IMPRESSIVE MOMENTS

The intensity and scale of the Mi Gran Noche world tour are amazing. Mexico, the US, Canada, all the parts of Spain, again Latin America, Russia. What were its most precious, most memorable moments?

Raphael. All the moments are precious. Every day of the tour is memorable. The best moments? Barcelona, Liceo Opera Theatre; Madrid, Zarzuela Theatre; Bilbao, Euscalduna. Then, Sevilla. Yes, Sevilla is always Sevilla. But the whole tour is like a dream. I am going to Valencia now. And all the tickets were sold out five months ahead.

You have a lot of hit songs. But one of them seems to have a priority: Mi Gran Noche. It looks like your number one signature tune. This concert program as well as your new CD are also called Mi Gran Noche. Is there any special reason behind it?

Raphael. To be frank with you, I have at least 25 signature tunes. But some of their titles work well for the name of a program or a tour while others don’t. For example, Yo Soy Aquel would work well. Mi Gran Noche also works very well for the tour name. But as for the song itself, no, I don’t prioritize it. It is the same level as other major numbers. For instance, the song Como Yo Te Amo is very important for me, but it cannot be used as a tour name. On the other hand, En Carne Viva would be a very good title. Maybe, my next tour will be called En Carne Viva. Maestro, the concept of this Mi Gran Noche Tour is very interesting. You don’t just revive your masterpieces of the 1960’s-70’ – you recreate them. Musical arrangements are now different. The sound of the voice is different. Even the feeling, the mood of many songs is somewhat different. In fact, it is a new discovery of those songs. And a strong message saying that they don’t have time limits.

When you speak to the audience during the concerts you call your best songs “canciones historicas”. When we hear that, first of all we come to think about the songs like Digan Lo Que Digan, Desde Aquel dia, En Carne Viva, Que Sabe Nadie, Somos. But the range of you historical songs is wider, and there are also unlucky songs that began to be forgotten without deserving it. Luckily, the Mi Gran Noche tour has brought some of them back on stage. Let me ask you if there are other songs waiting in line to be recreated in the near future. For example, we are praying for Dos Palomitas, Madre, Gitanos En Caravana, Me Diras, Noche de Ronda, No Nos Dejan Ser Ninos, Calla, and especially Con El Sol De La Manana and Espera Mi Amor. Raphael. Yes, there are other historical songs waiting to be recreated. I’ve started to make new recordings of many of my classical songs. I am not remastering the old recordings, I am recording them anew. It’s impossible to pick up all of them, but I will recreate about 200 songs. The songs which have no time limits, which remain modern nowadays. The songs you are praying for will also be recreated and I will include them in my new programs.

Maestro, in Spain the best song-writers are writing Raphael songs. What composers are most important for you?

Raphael. For me, Manuel Alejandro is the best. Jose Louis Perales is also very important.

You a Spanish-Latino singer, but also a global singer. You have a wide French, British, American repertoire. Ballada Triste De Trompeta was written by an Italian. How do you compile your global repertoire? What global hits and international song-writers played the greatest role in your career?

Raphael. Compiling the repertoire is easy. When I hear a song and get goose bumps I want to sing it. Song-writers? Burt Bacharach. And your favorite international hits. My Way?

And El Tamborilero. I have just made a new recording of it. After 48 years. It will be a success. Maybe, the greatest success of the Christmas season.

I also love French melodies. Ma Vie, for example. Or Edit Piaf’s “Non, Je Ne Regrette Rien”. I am a great admirer of many Chanson Francaise and Italian songs.

And maybe Adamo too?

Raphael. Yes, of course, Adamo too. But he does not write for me. I choose from his songs myself. Mi Gran Noche, La Noche…

Raphael. Amo. You know my repertoire better than me. You’ve sung Beethoven, Schubert and Ravel. The song El Payaso written by a famous British composer Les Reed is also a great success. The one with the theme from R. Leoncavallo’s Pagliacci in the refrain.

Raphael. It was the time when a great Argentine musician Waldo de Los Rios lived in Spain. He arranged for me the song by Maria Ostiz, “Alleluya del Silencio”. For the whole year that song was on the top of 40 Principales. Those days you did not have to pay to be at number one (laughing).

After that great success, Waldo de Los Rios arranged for me Oda la Allegria from Beethoven’s Symphony 9. But I did not feel like singing it. I thought it would be disrespect for Beethoven. Another Spanish singer recorded it and was very successful.

So, as I did not make it with Oda la Allegria, Waldo de los Rios arranged for me that Les Reed’s song with the theme from the Leoncavallo’s opera. I recorded it in Spanish, English and German. Personally for me, the recording in German is the best.

“I WANT TO SING IN JAPANESE”

You also have a recording in Japanese – the one of Manuel Alejandro’s famous “Amor Mio”. Do you remember? And your Japanese pronunciation is very nice…

Raphael. I have a feeling of remorse about this recording. I had a very little time to make it. I should have spent more time on it and come out with a higher quality staff. I want to try again.

How did you make that recording?

Raphael. It was during the tour of Japan. I was in Osaka. They asked me to make a recording in Japanese next morning. There was absolutely no time to prepare. Very quickly, the Japanese lyrics were written. The orchestration was the same as in the Spanish version. Everything was very-very fast. I cannot say that I made it right. I want to make recordings in Japanese once again.

Really glad to hear that…

Raphael. Yes, I do want to make an effort, to take time and to do a really good recording. I want to select the songs that would sound nice in Japanese. Not all of my songs would sound well in Japanese.

Indeed, I have a strong desire to make recordings in Japanese. Japanese people love Latin American music, Spanish music, flamenco, don’t they? That’s why I want to have really good Japanese lyrics. If such lyrics are there, I could record the songs by Violetta Parra and other great Latin American composers. Or Noche de Ronda. With good Japanese lyrics it can be a fantastic recording. I also want to do in Japanese Federico Garcia Lorca’s “El Zorongo Gitano”. And Gracia A La Vida by Parra.

Gracia A La Vida in Japanese?

Raphael. Yes. Or half in Spanish, half in Japanese. A mix.

Maestro, 2013-2014 mark the 400th anniversary of Japanese-Spanish bilateral ties. You are a symbol of Spanish musical culture. Do you have any message on this occasion to music lovers in Japan in general and in Niigata in particular?

Raphael. I have made three wonderful concert tours of Japan. They were very successful. And I want to thank Japanese people for it. I also want you to tell them that, after all those long years, I want to make a tour of Japan again. And I want to perform in Niigata too.

Your concerts are grandeur non-stop performances lasting for three hours. How do you feel after such a three hours long marathon? You must be very tired.

Raphael. I am very tired, but I am very happy. Also I am lucky because for me 6-7 hours of sleep are enough to recover.

I want to introduce Raphael-san to Zaikai Niigata readers, so to say, from various angles. So, at this point let me move on to some questions of a different character.

What is your favorite color?

Raphael. When I go out somewhere, it is blue. For the performances it is black.

Raphael. There are many, but the favorite ones are “It’s possible”.

Your favorite time of the year?

Raphael. It used to be spring, but we don’t have a real spring here any longer. So, it is summer.

What is the most important thing in your life?

Raphael. My family – my wife, two sons, a daughter, grandchildren. And my job.

Your 2013 Christmas program has just been announced on the Spanish TV? What will it consist of?

Raphael. I have already recorded two songs together with Gloria Estefan. I will do all the rest within the coming days. It will be broadcast on December 24.

Maestro, there are still a lot of things I want to ask you about, but you are very busy. Thank you very much for this wonderful opportunity. I wish you many more new successful projects, and I hope that the day will come when Raphael will make a coast-to-coast tour of Japan, performing not only in Tokyo and Osaka, but also in the cities of the Sea of Japan coast, and first of all in Niigata.

Finally, there is one more thing about Maestro Raphael I want to tell our readers about: his personality. He is a very open, kind, modest and sincere person, very easy to talk to. He likes to make people happy. Indeed, there are still a lot of things I want to ask him about. Besides, I feel that Maestro also liked our conversation. That’s why I hope that this interview will be continued.